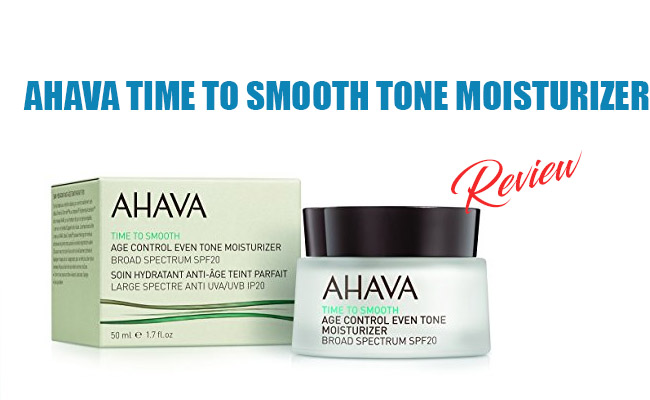 When you’re looking not only to moisturize your skin, but also to protect it from sun’s bad UVs, a great choice, loaded with powerful ingredients, is the AHAVA Time to Smooth Age Control Even Tone Moisturizer Broad Spectrum SPF 20.

What is AHAVA Time to Smooth Moisturizer SPF20? 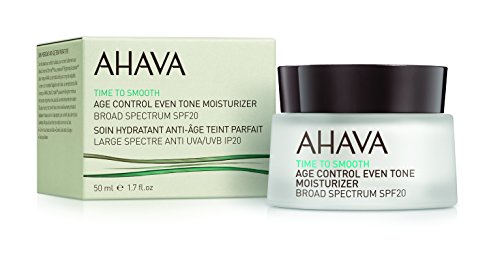 As you can see it from its name, the face cream is an anti-aging moisturizer that diminishes the appearance of dark spots, fine lines and wrinkles, making your skin brighter and smoother.

The moisturizer is great for controlling the early signs of aging and evens your skin tone in a couple of weeks.

Its strong ingredients help the moisturizer address various problems of the skin, in a successfully way.

What are the main ingredients within the formula?

Taking a closer look at its ingredients is going to help you better understand why the moisturizer works for your skin.

These are only some of the ingredients within the formula, though. The moisturizer also includesDunallila Salina Algae, which is a natural form of retinol, which protects your skin, helping it become stronger. The VF Brightening Accelerator Complex smooths and brightens skin, putting the production of dark spots under control.

The Panthenol (vitamin B) and sodium lactate within the formula explain why the moisturizer provides hydration for all day long.

All AHAVA products are made with OSMOTER, a perfectly-balanced combination of Dead Sea Minerals that rejuvenate and give the skin a healthy glow.

How does it feel on skin? What’s the best way to use it?

The lightweight consistency is pleasant and the smell is amazing. The moisturizer is easily absorbed into the skin and doesn’t feel a greasy feel.

What are the most important outcomes?

Let’s try to list only the most important good things about the moisturizer:

We’re not that worried about the downsides, but it wouldn’t hurt to take a look at them too:

And the final word would be?

The moisturizer is made on an impressive formula, loaded with efficient and reliable ingredients, leaving your skin hydrated, moisturized and protected from the sun’s UVs.

As long as you’re willing to pay for the health of your skin, you shouldn’t sit on the fence when getting it.

===> See reviews and pricing on Amazon